“Justice for all children is the high ideal in a democracy… We must emancipate children from the industrial load that was put upon their shoulders.”

Grace Abbott was born in Grand Island, Nebraska on November 17, 1878. Her parents were activists who were involved with the Underground Railroad and active in the women’s suffrage movement. After attending the University of Nebraska and teaching in her hometown, Abbott moved to Chicago, and lived and worked at Hull House, a settlement house founded in 1889 by social reformer Jane Addams. Living among poor immigrant residents of the community, Abbott became an influential advocate for immigrant rights, and served as director of the Immigrants’ Protective League from 1908 to 1917, where she defended asylum seekers from deportation, and lobbied against restrictive immigration policies that excluded non-English speaking immigrants. She was also the official U.S. representative on the League of Nations’ advisory committee on the trafficking of women.

As chief of the U.S. Children’s Bureau in the Department of Labor from 1921 to 1934, Abbot was the highest ranked woman in the U.S. government. She was also the first woman in U.S. history to be nominated to a presidential cabinet post, as the Secretary of Labor in the Hoover administration. Abbott led the fight to end child labor, and introduced groundbreaking programs for maternal and infant care, including the first federally funded social welfare program, the Sheppard-Towner Maternity and Infancy Act of 1921.

Abbott wrote and spoke extensively about women and children’s rights, including on her weekly radio series on NBC, which made her one of the first female broadcasters to a national audience. In 1930, Good Housekeeping magazine called Abbott one of the “most influential women in the U.S.” After retiring from the Children’s Bureau, Abbott worked on drafts of the Social Security Act. The policies Abbott helped to create have continued to benefit millions of Americans, and paved the way for federal relief efforts that protect and defend women and children. Grace Abbott died on June 19, 1939.

Cristina Jiménez is a community organizer, and the executive director and co-founder of United We Dream (UWD), the largest immigrant youth-led network in the country. Born in Ecuador, Jiménez came to the U.S. with her family at the age of 13. Under Jiménez’s leadership, UWD has grown to a powerful network of over 100 groups and 400,000 members. For her work as a social justice organizer, Jiménez was named one of the 100 most influential people in the world by TIME Magazine, and was awarded a MacArthur “Genius” Fellowship by the John D. and Catherine T. MacArthur Foundation in 2017.

John Sorensen is the founder and director of the Abbott Sisters Project. His books include A Sister’s Memories: The Life & Work of Grace Abbott, The Grace Abbott Reader and Grace Abbott: An Introduction. He produced and directed the Abbott-inspired public television film, The Quilted Conscience. 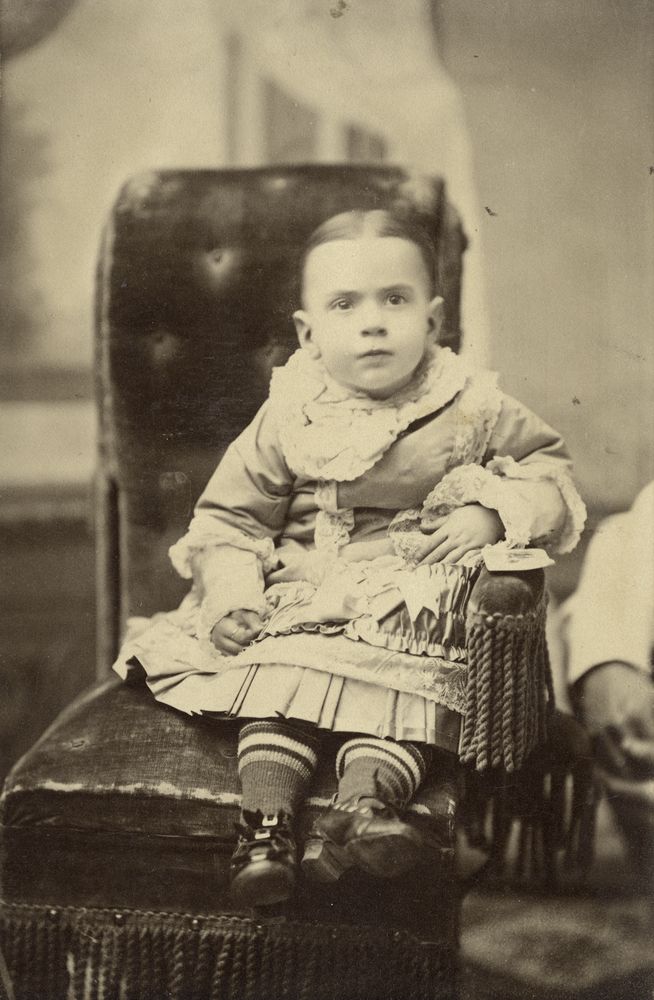 Abbott graduated from University of Nebraska and returned to her hometown to teach high school.

A National Child Labor Committee was formed to promote the rights, awareness, dignity, well-being and education of children and youth as they related to work and working. 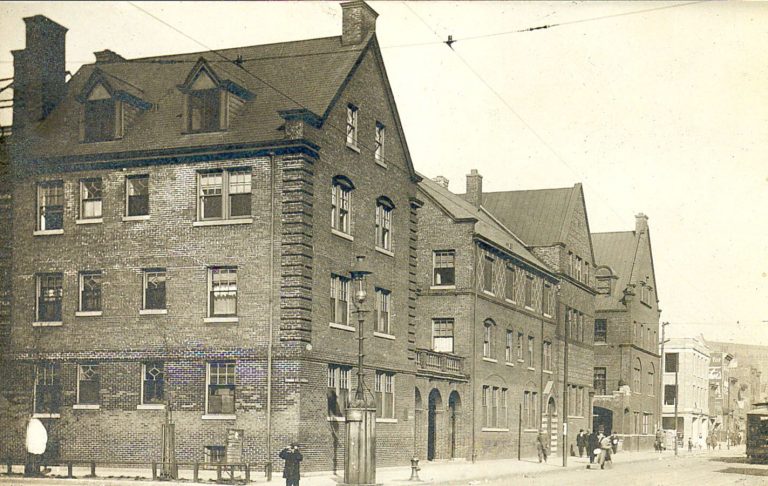 Abbott moved to Chicago, and resided at Hull House, one of the first settlement houses, which worked to address social problems and provide services to new immigrants, co-founded by future Nobel Prize winner Jane Addams. 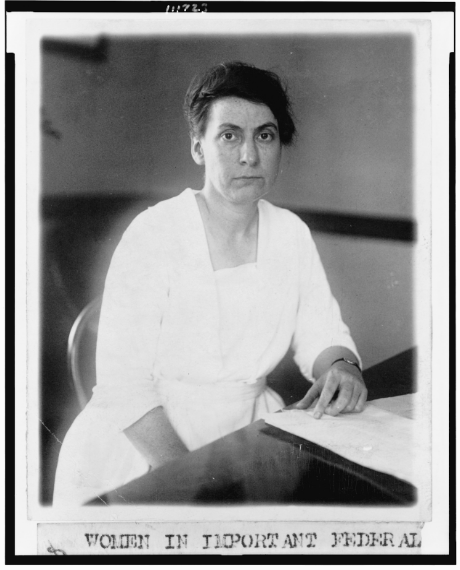 Abbott served as Director of the Immigrants’ Protective League.

Abbott receives a Masters of Philosophy in Political Science from the University of Chicago. 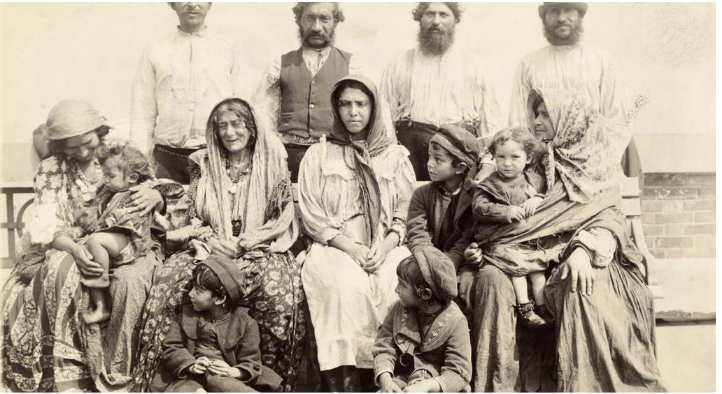 The Keating-Owens Act was passed, with Abbott’s help to, regulate youth labor. 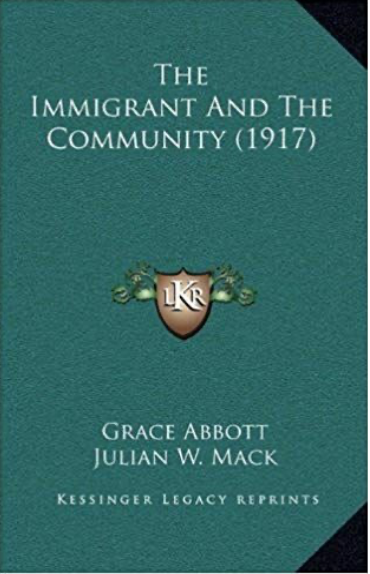 Abbott published The Immigrant and the Community, in which she defended immigrants and their right to be part of American communities.

Abbott joined Julia Lathrop at the Children’s Bureau of the U.S. Department of Labor as Director of the Industrial Division. 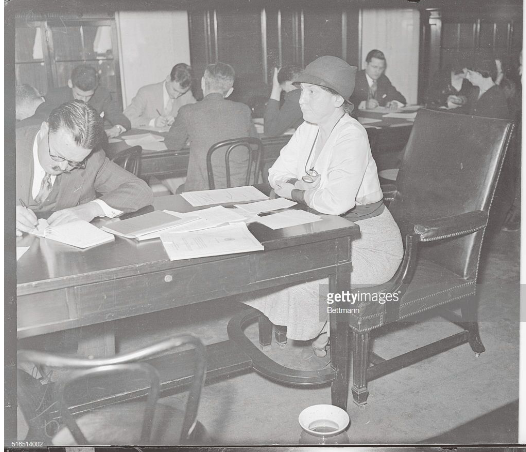 Abbott became the Director of the U.S. Children’s Bureau, making her the highest-ranking woman in the government.

The Sheppard-Towner Act, also known as The Promotion of the Welfare and Hygiene of Maternity and Infancy Act, passed with Abbott’s help. It was the first federally funded social welfare program.

Abbott was the official representative of the U.S. on the League of Nations’ advisory committees on trafficking of women and on child welfare. 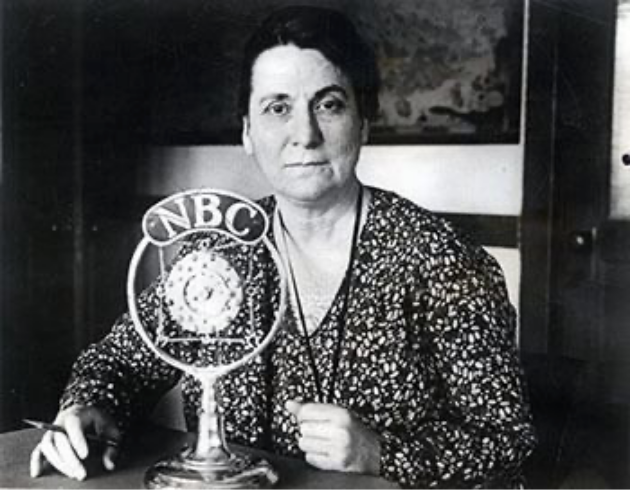 Abbott had a weekly radio broadcast on NBC,  making her one of the first female broadcasters with a national audience. 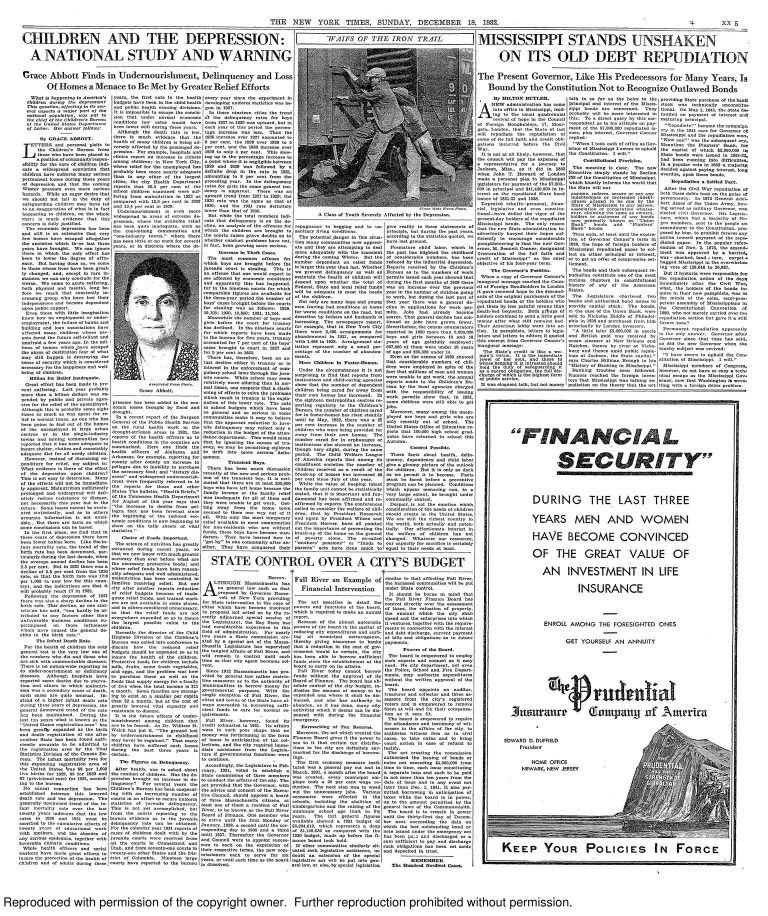 The U.S. stock market crashed, signaling the beginning of The Great Depression. 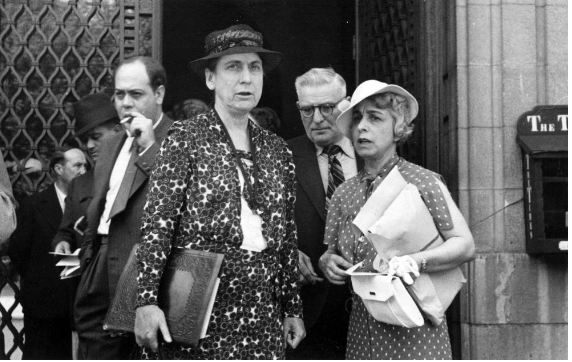 Abbott served as president of the National Conference of Social Work and on the committee organizing the first Conference on Social Work, held in Paris. 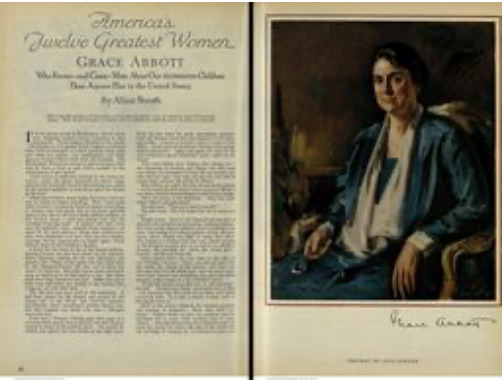 Good Housekeeping named Abbott the “fifth most influential woman in the U.S.”

Franklin Delano Roosevelt became president of the U.S. and began his work on his New Deal program. 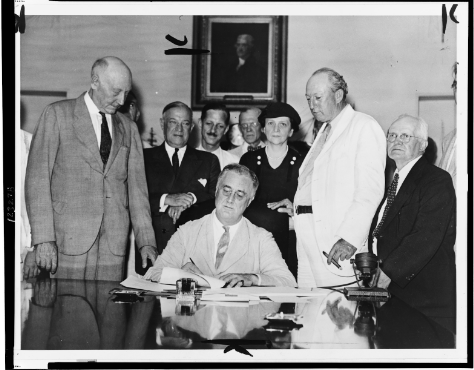 Abbott resigned from the Children’s Bureau and worked on drafts of the Social Security Act. 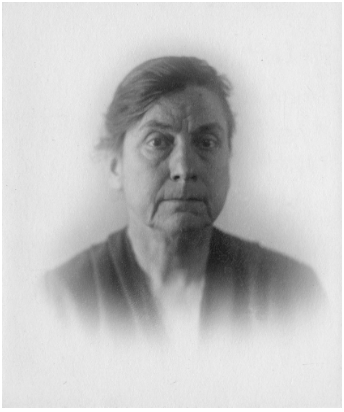 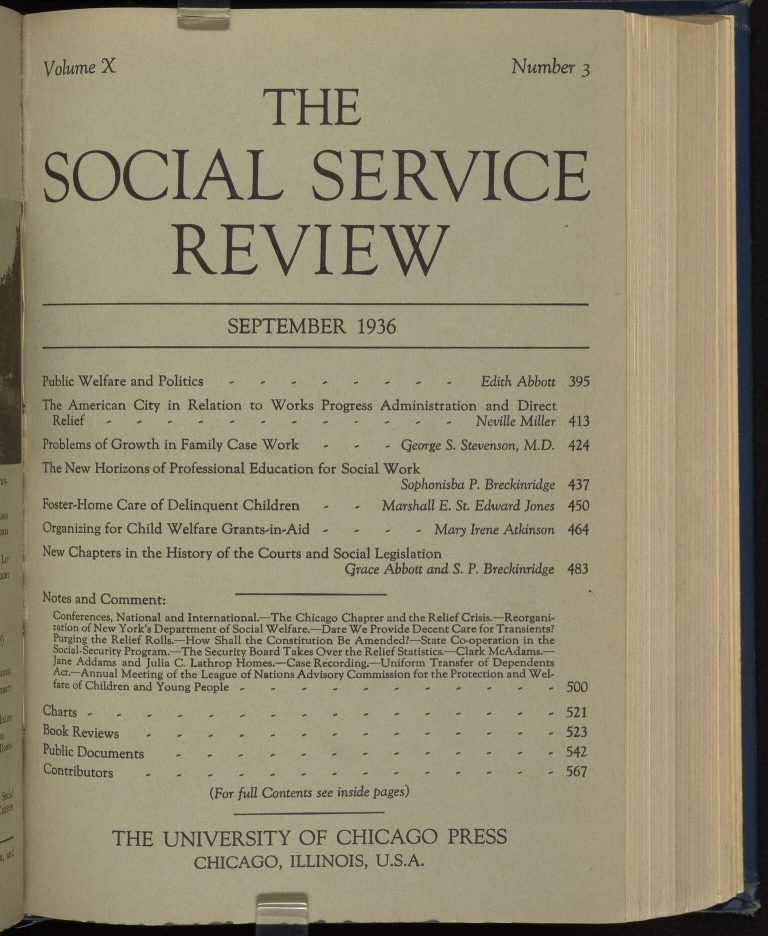 Abbott became the editor of the Social Service Review journal and wrote extensively about children’s rights.

The Social Security Act was passed as part of the New Deal.

The Fair Labor Standards Act of 1938 set the minimum working age at 14 for employment outside of school hours and 16 during school hours. 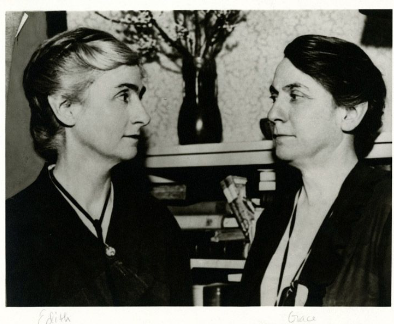 Grace Abbott spent the last years of her life living with her sister, and died at age 60 of from cancer.

United We Dream was founded in 2008 by Cristina Jiménez, and is the largest immigrant youth-led organization in the United States. It is made up of over 400,000 members, as well as five statewide branches, and over 100 local groups across 28 states. United We Dream continues to organize and advocate for the dignity and fair treatment of immigrant youth and families, regardless of immigration status. UWD seeks to address the inequities and obstacles faced by immigrant youth, and believes that by empowering immigrant youth, justice for all immigrants can be achieved. 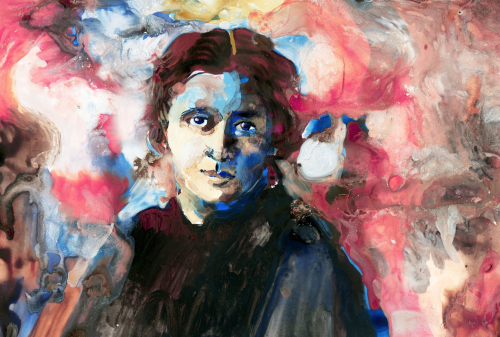 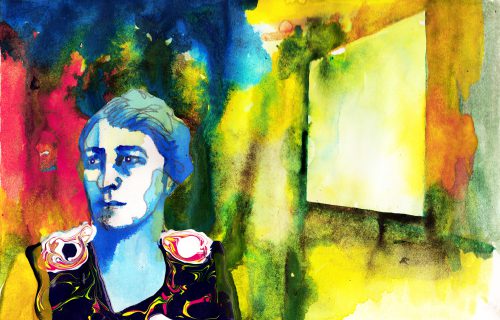 Two Sisters For Social Justice: A Biography of Grace and Edith Abbott By Lela B. Costin

A Sister’s Memories: The Life and Work of Grace Abbott from the Writings of Her Sister, Edith Abbott, Edited by John Sorensen

The Many Faces of the Hull House By Wallace Kirkland. (1989). Chicago: University of Illinois Press.

Timeline from Library of Congress’ “America’s Story from America’s Library” on Abbott: http://www.americaslibrary.gov/jb/gilded/jb_gilded_abbott_1.html