UNLADYLIKE2020 is honored to collaborate with academic advisors — eight respected humanities scholars and five respected scholars in the sciences — chosen with an eye to diversity of expertise and relevance of their research to the subjects, themes, and the time period addressed in the project. These scholars have been active in every stage of the creative process and have been critical to ensuring historical and scientific accuracy, and cultural sensitivity. We are grateful for their contributions. 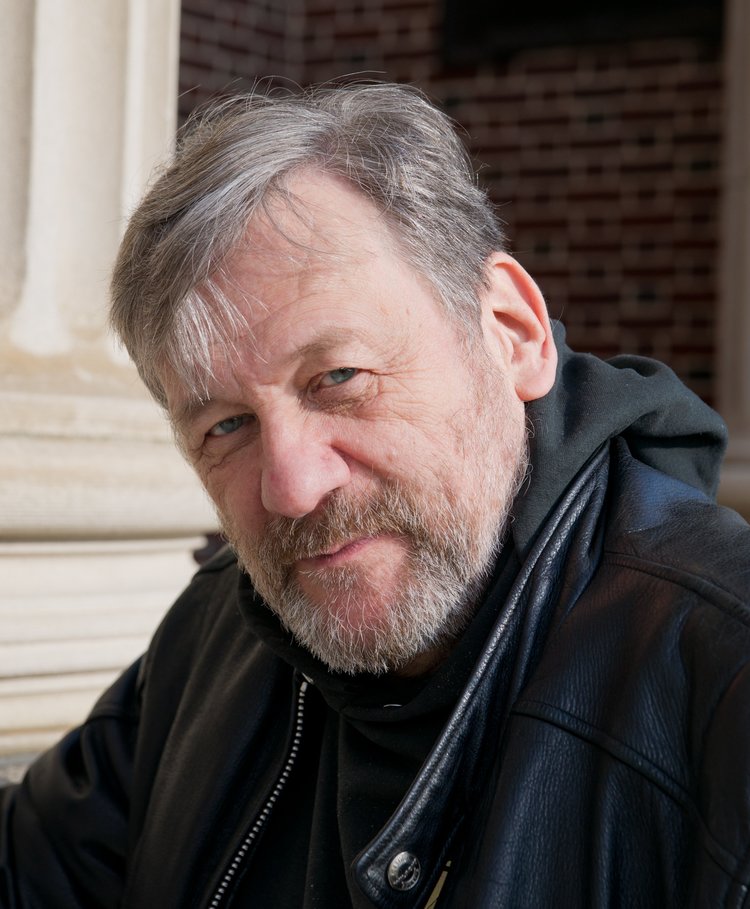 Michael Bronski is Professor of Practice in Media and Activism in Studies of Women, Gender, and Sexuality at Harvard University. He has been involved with LGBT politics since 1969 as an activist, writer, and independent scholar. Bronski is the author of many books including the award-winning A Queer History of the United States (Beacon Press, 2011), A Queer History of the United States for Young People (Beacon Press, 2019), Considering Hate: Violence, Goodness, and Justice in American Culture and Politics (2015), You Can Tell Just by Looking and 20 Other Myths about LGBT Life and People (Beacon Press, 2013), Culture Clash: The Making of Gay Sensibility (1984), The Pleasure Principle: Sex, Backlash and the Making of Gay Freedom (1998), and Pulp Friction: Uncovering the Golden Age of Gay Male Pulps (2003). He currently edits the Queer Action/Queer Ideas series for Beacon Press, and is at work on The World Turned Upside Down: The Queerness of Children’s Literature (Beacon Press, forthcoming, June 2020). 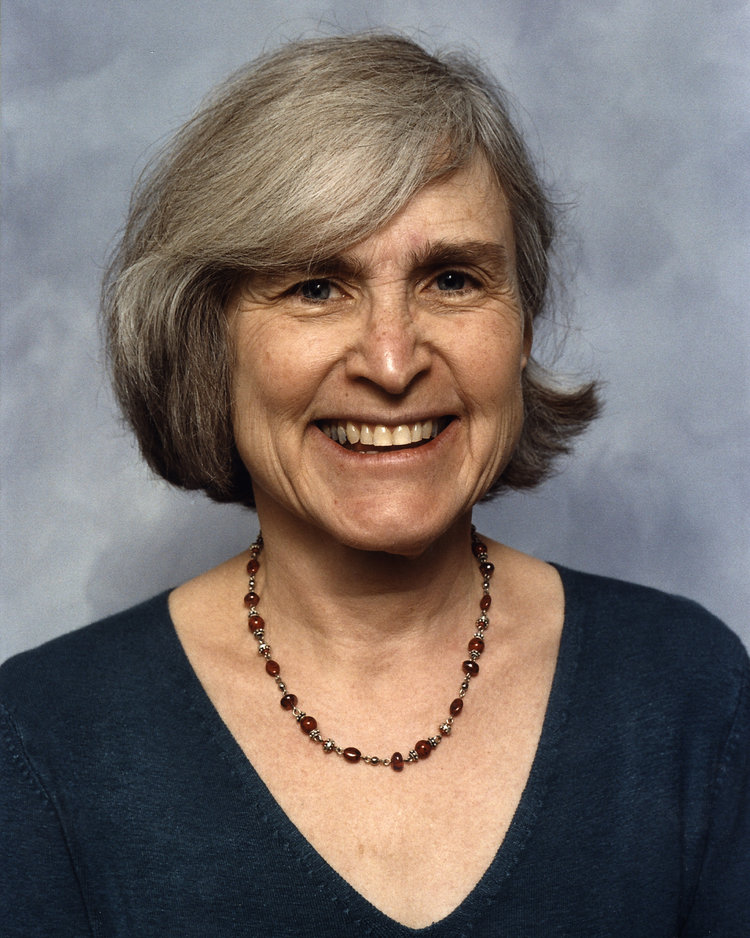 Hasia Diner is Professor of Hebrew and Judaic Studies at New York University; Paul S. and Sylvia Steinberg Professor of American Jewish History; Director of the Goldstein-Goren Center for American Jewish History; and Director of Undergraduate Studies in the Department of History. Diner’s work is located at the intersection of American and Jewish history and focuses on the mutual impact of America and the Jews. Her publications include Her Works Praise Her: A History of Jewish Women in America from Colonial Times to the Present (Basic Books, 2002) and The Jews of the United States, 1654 to 2000 (University of California Press, 2004). Diner is also a scholar of Irish American women and the author of Erin’s Daughters in America: Irish Immigrant Women in the Nineteenth Century (John Hopkins University Press, 1983). Her most recent book examines peddling as a global Jewish immigration strategy in the modern period. 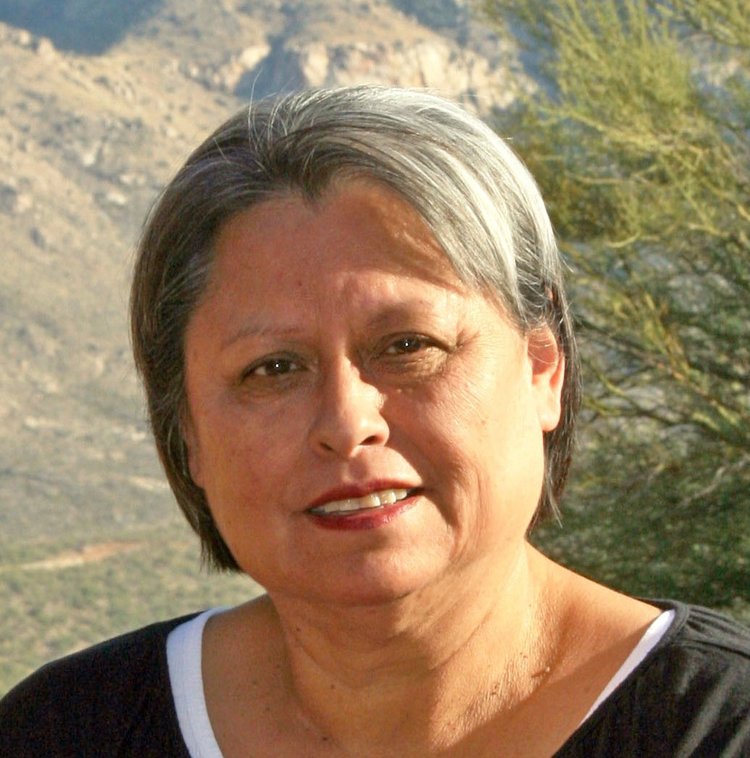 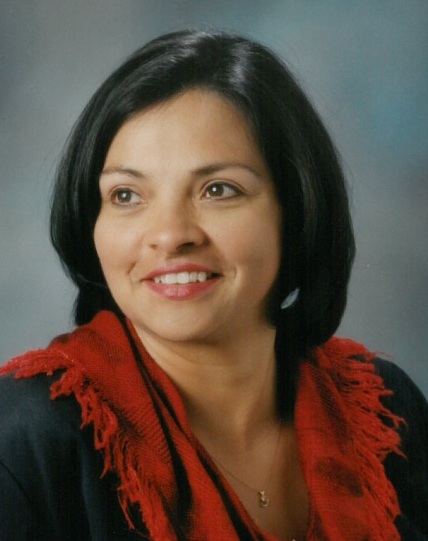 Cynthia E. Orozco is Professor of History and Humanities at Eastern New Mexico University, Ruidoso. She is a founder of the Chicana Caucus of the National Association for Chicano Studies and, as a graduate student at UCLA, helped to develop the fields of Chicana Studies and Chicana History. She is the author of No Mexicans, Women, or Dogs Allowed: The Rise of the Mexican American Civil Rights Movement (Austin: University of Texas at Austin, 2009) and an associate editor of Latinas in the United States: An Historical Encyclopedia (Indiana: Indiana University Press, 2006). She contributed 80 articles on Mexican American history to the New Handbook of Texas for the Texas State Historical Association and is an advisor to a Texas women’s history encyclopedia. Orozco’s most recent book, published in January 2020, is called Agent of Change: Adela Sloss-Vento, Mexican American Civil Rights Activist and Texas Feminist (Austin: University of Texas Press, 2020). 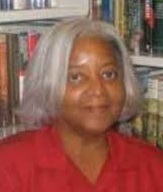 Stephanie J. Shaw is Professor of History, Women’s Studies, and Black Studies at Ohio State University.  She is the author of What a Woman Ought to Be and to Do: Black Professional Women Workers during the Jim Crow Era (University of Chicago Press, 1996), detailing the family, work, and community lives of black working women between about 1880 and 1955. Shaw also published W. E. B. Du Bois and The Souls of Black Folk (UNC Press, 2015), and is currently completing a book tentatively titled Grandmothers, Granny Women, and Old Aunts: Rethinking Slave Families and Communities in the Nineteenth Century South. She has held fellowships at the Carter G. Woodson Institute, Rice University (Mellon Visiting Professorship), The National Humanities Center, The Center for Advanced Study in the Behavioral Sciences, and the Stanford Humanities Center. 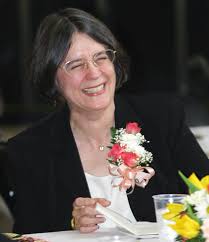 Specializing in the history of American women, Smith taught a variety of courses while at Emporia including American Women’s History, Introduction to Women’s Studies, Advanced Women’s Studies, and Readings in Women, Gender, and Ethnicity. Smith was the Director of Emporia’s Ethnic and Gender Studies Program from 2006 to 2013, and has written several books, including A Student Companion to the Gilded Age and Progressive Era (Oxford University Press, 2006) and New Paths to Power: American Women 1890-1920 (Oxford University Press, 1994). Smith’s academic career has been dedicated to Progressive Era women, with a concentration on the political and social changes that enabled women to gain increased power and agency 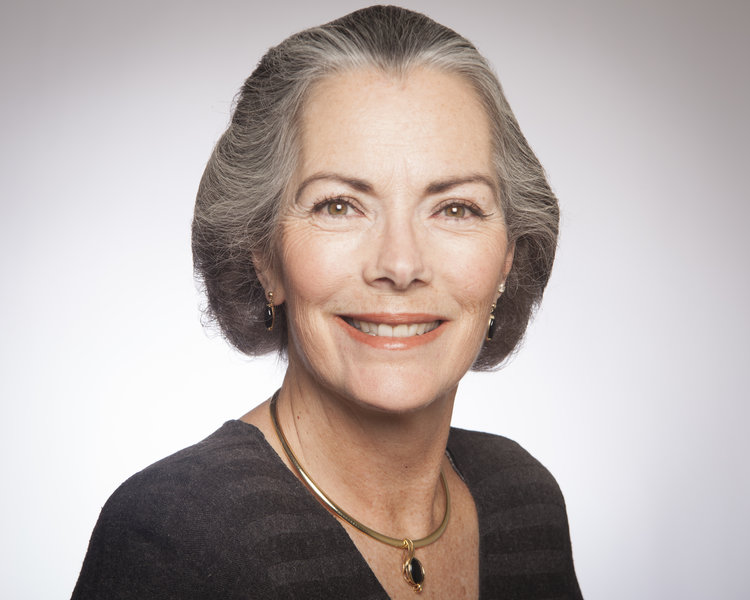 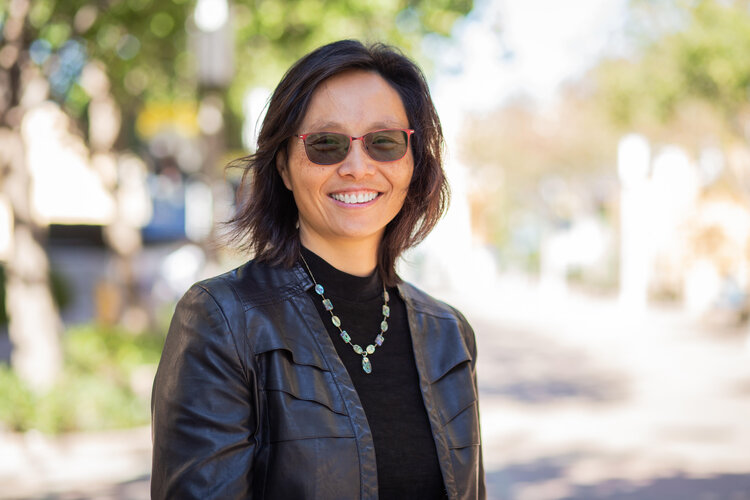 Judy Tzu-Chun Wu is a professor of Asian American Studies at the University of California, Irvine and director of the Humanities Center. She received her Ph.D. in U.S. History from Stanford University and previously taught at Ohio State University. She authored Dr. Mom Chung of the Fair-Haired Bastards: the Life of a Wartime Celebrity (University of California Press, 2005) and Radicals on the Road: Internationalism, Orientalism, and Feminism during the Vietnam Era (Cornell University Press, 2013). Her current book project, a collaboration with political scientist Gwendolyn Mink, explores the political career of Patsy Takemoto Mink, the first woman of color U.S. congressional representative and the namesake for Title IX. Wu also is working on a book that focuses on Asian American and Pacific Islander Women who attended the 1977 National Women’s Conference. She co-edited Women’s America: Refocusing the Past, 8th Edition (Oxford 2015), Gendering the Trans-Pacific World (Brill 2017), and Frontiers: A Journal of Women’s Studies (2012-2017). Currently, she is a co-editor of Women and Social Movements in the United States, 1600-2000 (Alexander Street Press) and editor for Amerasia Journal. 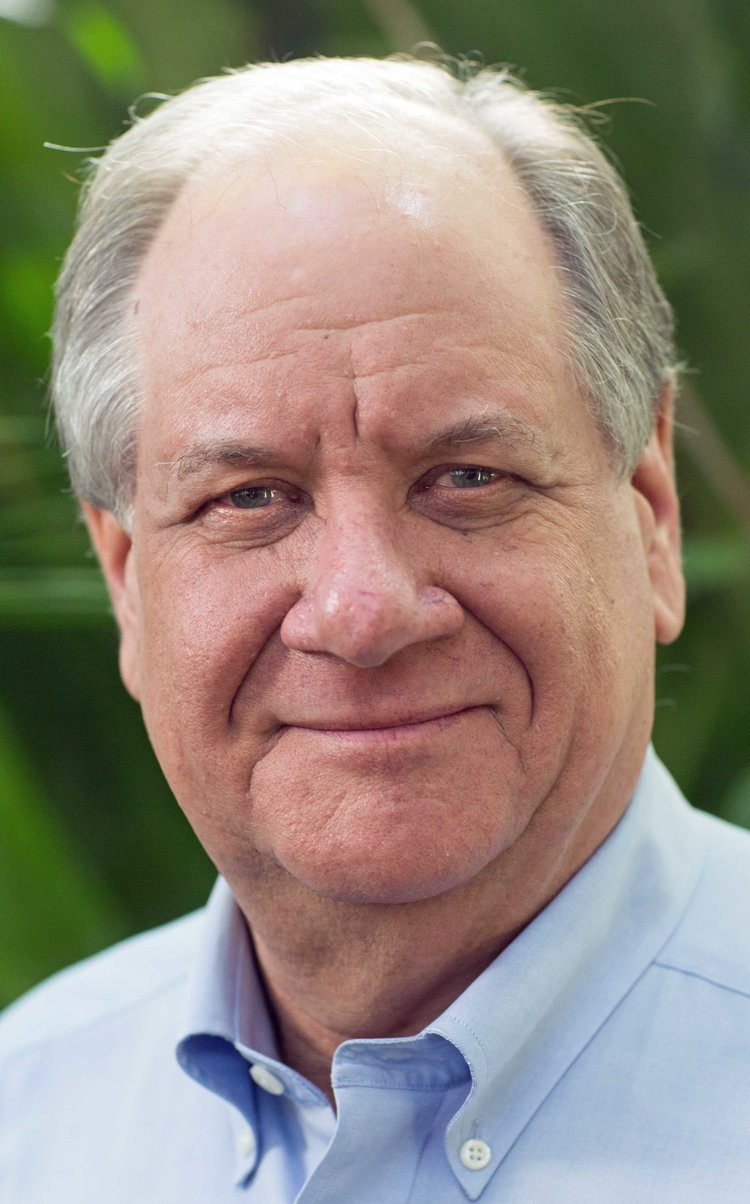 Dr. Michael Balick studies the relationship between plants, people, and culture, the field known as ethnobotany, and floristics, the study of botanical diversity within a specific region. Most of his research is in remote regions of the tropics, where he works with indigenous cultures to document plant diversity, knowledge of its traditional utilization and evaluation of the potential of botanical resources for broader application and use, including to improve primary health care. His research has included studies in the Amazon Valley, Central and South America, the Middle East, Southeast Asia and currently focuses on the tropical Pacific Islands. Dr. Balick has authored over 150 scientific papers in peer-reviewed journals, and authored or edited 26 scientific and general interest books and monographs. He received his Ph.D. from Harvard University in 1980 and has been at the New York Botanical Garden since that time. 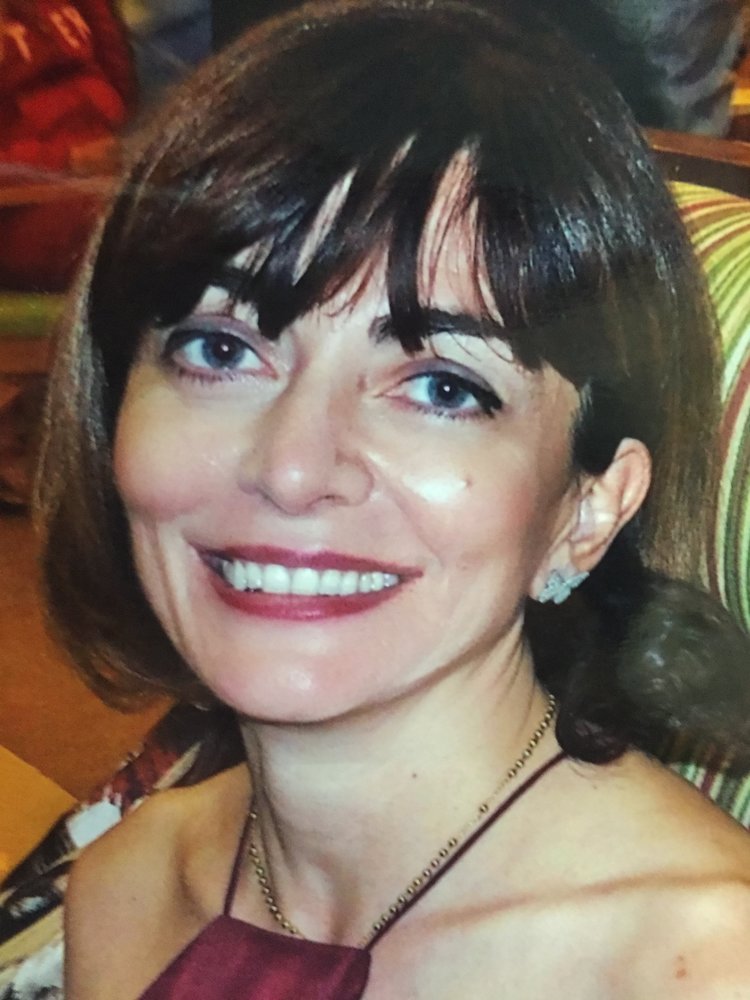 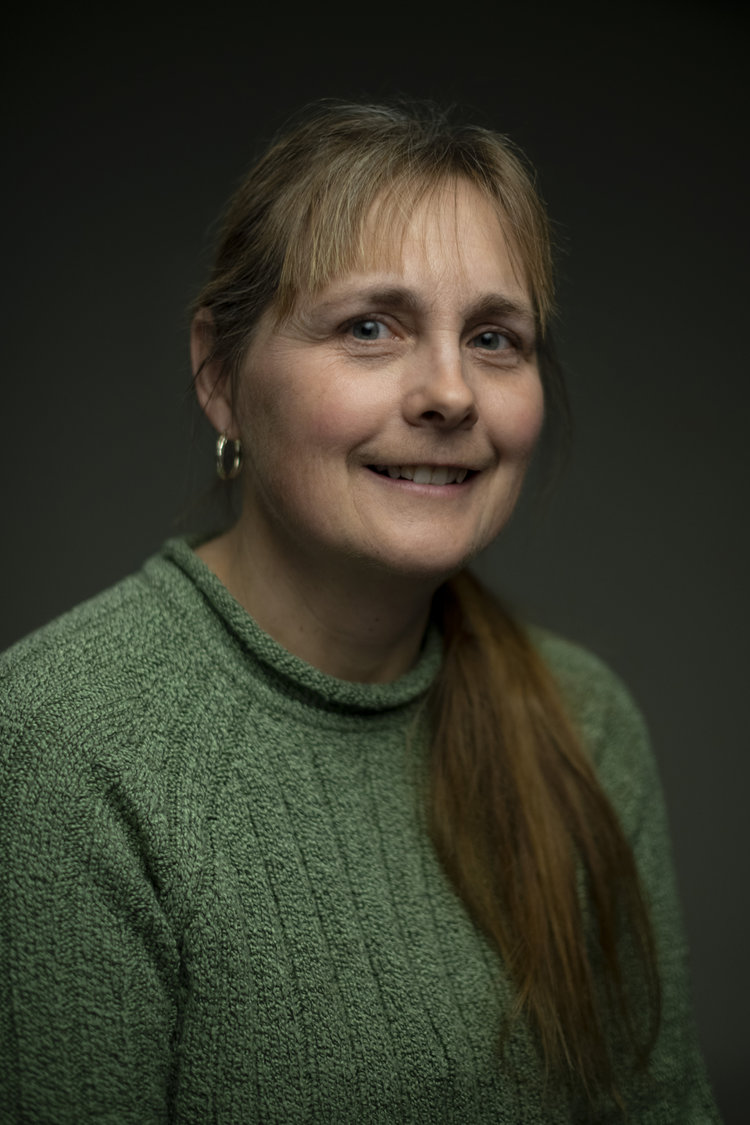 Brenda L. Hall is Professor of Glacial and Quaternary Geology in the School of Earth and Climate Sciences and the Climate Change Institute at the University of Maine. She is founder and co-director of the University of Maine Cosmogenic Isotope Laboratory and is best-known for her application of interdisciplinary methods to extract information on past climate and ice behavior. She has spent more than 40 field seasons in places such as Greenland, Antarctica, and South America. Her work has led to ~100 scientific papers. Her current work involves the causes of abrupt climate change and ice-age cycles and the stability of ice sheets under warming climates. 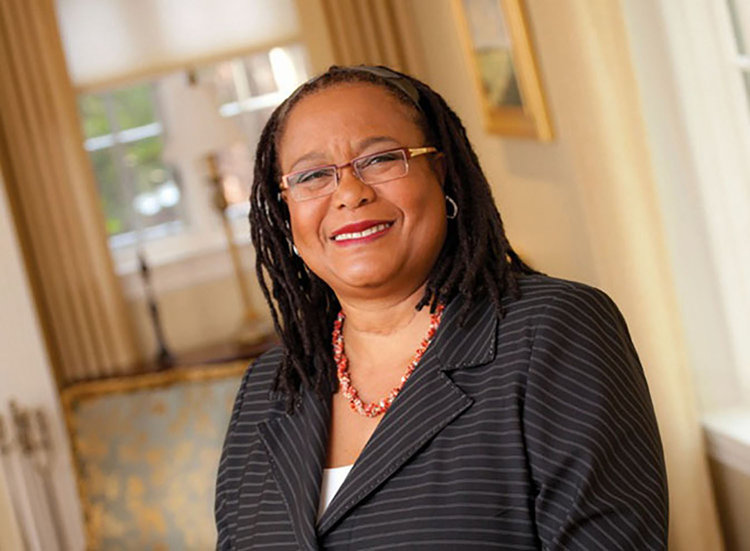 Professor Evelynn M. Hammonds is the Barbara Gutmann Rosenkrantz Professor of the History of Science and of African and African American Studies. She joined the Faculty of Arts and Sciences in 2002 after teaching at the Massachusetts Institute of Technology (MIT), where she was the founding director of the Center for the Study of Diversity in Science, Technology and Medicine. Her scholarly interests include the history of scientific, medical, and sociopolitical concepts of race, the history of disease and public health, gender in science and medicine, and African-American history. She is the author of “Childhood’s Deadly Scourge: The Campaign to Control Diphtheria in New York City, 1880-1930” and many scholarly articles. 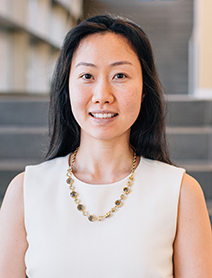 Sara Lu Riggs is currently an assistant professor in the Department of Industrial Engineering at Clemson University. She received her PhD/MSE in Industrial and Operations Engineering from the University of Michigan and a BS/BA in Industrial and Systems Engineering and Economics from Virginia Tech. Her research focuses on task sharing, attention management, and interruption management in complex environments that have included aviation, healthcare, military operations, and manufacturing. She has ongoing research in the areas of: (a) multimodal display design, (b) cognitive processing limitations, and (c) adaptive display design. Her research been funded by the National Science Foundation, Agency for Healthcare Research and Quality, and Air Force Office and Scientific Research. She is also the recipient of the NSF CAREER Award and the 2016 APA Briggs Dissertation Award.