UNLADYLIKE2020 creator Charlotte Mangin is proud to be featured in this 10-minute “Celebrating HerStories” video telling the story of Jeannette Rankin, the first woman to serve in the U.S. Congress. The video showcases two Central New York historic sites dedicated to uplifting the stories of women as leaders and changemakers: the New York State Equal Rights Heritage Center in Auburn, NY and the National Women’s Hall of Fame in Seneca Falls, NY. The other four videos in the Central New York Women’s Rights Corridor series take you on a virtual journey to 9 other historic sites along the Central New York Women’s Rights Corridor, credited as the “Birthplace of Women’s Rights in America.”

The project was created by 1st Amendment 1st Vote, a unique beyond-the-classroom enrichment program that aligns with New York state social studies standards to offer opportunity for high school girls to engage in the U.S. political process by gaining knowledge and practicing skills to be active community citizens, and image themselves as future leaders and candidates for elected office or government positions. The organization’s founder and president is Melina Carnicelli, who was the first woman mayor of Auburn, NY. 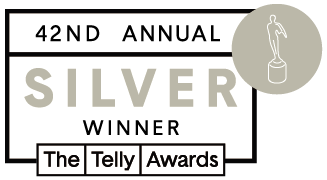 All News
Learn more about the discoverer to the stars—Wil

Did you know that out of 737 historical figures ta