Theodosia Goodman, a Jewish actor originally from Cleveland, Ohio, and better known by her mysterious stage persona Theda Bara, is most famous for playing the role of a vampire seductress in a number of silent films during the 1910s. In 1905 Bara moved to New York City to pursue a career in acting, and later with the rise of Hollywood, Bara relocated to Los Angeles. Bara starred in over 40 films between 1915-1919, most notably portraying a vampire seductress in the 1914 film A Fool There Was, and for her title role in the 1917 film Cleopatra. Bara’s air of mystery was both entirely fabricated and central to her success. She was coined Bara (‘Arab’ spelled backward) by Fox Film executives, who also made up an elaborate backstory, claiming that she was the love child of a French artist and his Arabian mistress, that she was born in the shadow of a sphinx, and that she had been a famous actress on the Paris stage. Bara is widely considered to be one of the first Hollywood sex symbols, and her vampire persona, as seen in many of her major roles, inspired both slang and fear. The term “vamp” came to mean a seductress who uses her wiles to exploit otherwise good family men. And this fear that vamping would sweep the nation led Bara to be derided in the press as immoral and scandalous. In reality, unlike her on-screen and press persona, Bara was by nature a bookish and quiet woman. In 1937, a fire in the 20th Century-Fox film vault destroyed the majority of her movies. 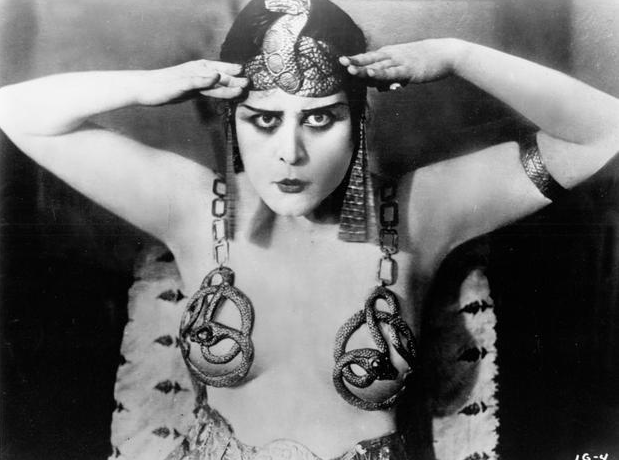 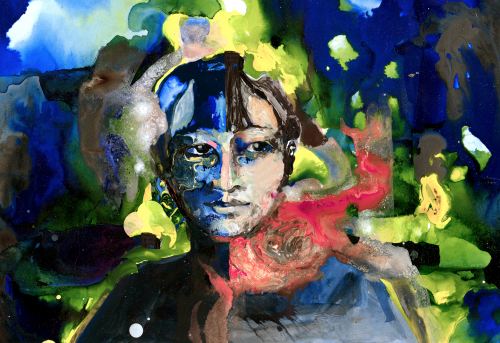