“Never cease to act because you fear you may fail. The true secret is to know your own worth. It will carry you through many dangers.”

Queen Lili‘uokalani (1838-1917) was born on September 2, 1838, at the base of “the punchbowl,” an extinct volcano near Honolulu, to a family of high chiefs and advisers to the king. Following Hawaiian tradition, she was raised by parents of higher rank than her own.

In 1820, the first American missionaries, who were Presbyterians, Congregationalists and Dutch Reformists from New England, arrived in Hawaiʻi. These missionaries converted native Hawaiians to Christianity, taught English in schools, actively suppressed the speaking and teaching of the Hawaiian language, and discouraged traditional dress and the practice of Hawaiian cultural traditions.

Lili‘uokalani was baptized as a Christian, and was educated at an English-language school for children of the Royal Court run by American missionaries. From a young age, Lili‘uokalani was a talented musician and songwriter, and she composed over 150 songs in her lifetime, combining Hawaiian and European musical forms in her songs. Lili‘uokalani also translated mele (songs or chants) and Hawaiian legends, and composed a national anthem of Hawai‘i, as well as “Aloha ‘Oe,” which continues to be the most well known Hawaiian song.

In the late 1800s, Hawai’i  experienced a large wave of immigrants from Japan and China who were attracted by its growing sugar cane industry. As a result of this influx of foreigners to the islands, smallpox and influenza — which had  been introduced by missionaries decades before — again swept across Hawai‘i, and decimated 85% of the native population within 50 years. In response to this, Lili‘uokalani went door to door in her 20s to raise money to build Hawai‘i’s first public hospital, Queen’s Hospital, which opened in 1860.

Already named his heir apparent, Lili‘uokalani also served as the sole regent in power while her brother, King David Kalakaua, traveled the world in 1881. During this time, she managed the eruption of a volcano, organizing the construction of dams to divert the flow of molten lava. She also established schools for Native Hawaiians.

In the 1880s, Hawai’i had become a very strategic port to the United States, and a movement to annex Hawai’i began. The movement was organized by a group of American businessmen who called themselves “The Hawaiian League,” and in 1887, they forced the King to sign a new constitution, which came to be known as the “Bayonet Constitution.” This constitution stripped the King of much of his power, and took away voting rights from Native Hawaiians and Asian citizens, requiring land ownership in order to vote.

After the sudden death of her brother King David Kalakaua, Lili‘uokalani assumed the throne in 1891, becoming the first and only sovereign queen of Hawai‘i. Once in power, Queen Lili‘uokalani worked tirelessly to put forward a new constitution which would restore the monarchy’s power and the rights of her people.

But in January 1893, a revolutionary group of American businessmen called the “Committee of Safety,” backed by U.S. Marines, staged a coup against Queen Lili‘uokalani, and charged her with treason. A U.S. provisional government was put in place, with Sanford B. Dole declared the president, and the queen was forced to abdicate the throne.  She was later imprisoned in her own palace for 8 months. She traveled to the U.S. to appeal to the president and Congress to restore her to the throne, but was unsuccessful. The Committee of Safety and others initiated a campaign of detraction which resulted in the queen being slandered in the U.S. press, and used racist depictions to present a negative image of her as an irresponsible, power-hungry ruler.

Hawai‘i was officially annexed by the United States in 1898, despite over 37,000 native Hawaiians across the islands signing petitions expressing their resistance to the annexation. Lili‘uokalani declined to attend the annexation ceremonies, as she could not bear to see the Hawaiian flag lowered and the American flag raised in its place.

For the rest of her life, she fought to preserve native Hawaiian rights and traditions. She established a bank for women, a fund for the education of native Hawaiian girls, as well as The Queen Lili‘uokalani Trust to support Hawaiian orphans, which is still thriving today. She died on November 11, 1917, from complications related to a stroke.

Julia Flynn Siler is a New York Times best-selling author and journalist. She is the author of Lost Kingdom: Hawaii’s Last Queen, the Sugar Kings, and America’s First Imperial Adventure (Grove/Atlantic, Inc., 2012) and The House of Mondavi: The Rise and Fall of an American Wine Dynasty (Gotham, 2008). Her latest book, The White Devil’s Daughters: The Women Who Fought Against Slavery in San Francisco’s Chinatown was published by Alfred A. Knopf in May of 2019.

Meleanna Meyer is a practicing artist, published author, and educator with a master’s degree in Educational Foundations, who has been an art educator for 28 years. A Stanford graduate, East-West Center grantee, an Asian Pacific American Women’s Leadership Institute (APAWLI) fellow, and a filmmaker, she has made three documentaries on Hawaiian culture. As a muralist, she has also spearheaded large works that are permanently housed at the Bishop Museum, the Hawai‘i Convention Center, Helumoa, Waikiki, and Camp Mokuleia. As lead author of Arting and Writing to Transform Education, she has developed a process that challenges and instructs students to uncover their insights and abilities. Meyer has worked with the Hawaiian community to present celebrations yearly for the Queen’s birthday for the past 14 years. Her work is in all major museums in Hawai‘i, and beyond. 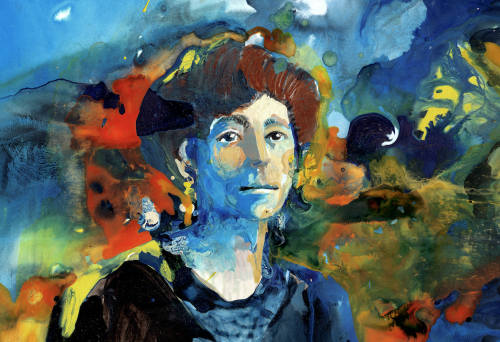 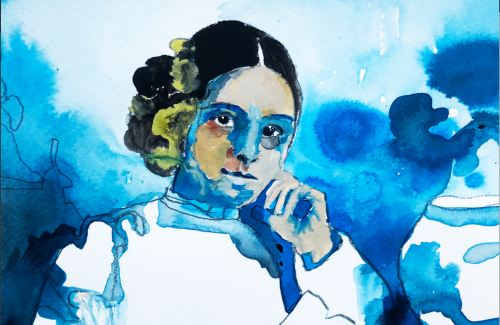